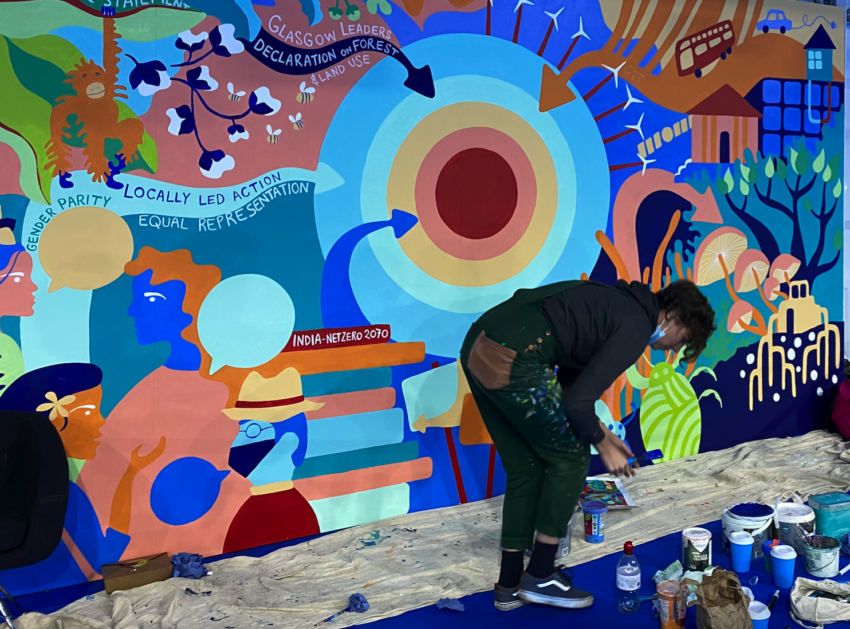 The Paris Agreement Parties adopted at CoP-26 in Glasgow in 2021 Art 6.2 guidelines, to make use of international carbon trading to help meet the Paris goals and a new centralized carbon credit issuing mechanism (Art 6.4). Parties are now preparing to operationalize these guidelines and to setup the Supervisory Body for Art 6.4, to replace the previous CDM Executive Board under the Kyoto Protocol. The recommendations below can be seen additional to IETAs paper on encouragement of private investment under Art 6. These topics were discussed in the 22nd IEA-IETA-EPRI Workshop on GHG Emissions Trading, Oct 4-6, Paris, I attended for the Climate Neutral Group. At #CoP27 several African Presidents launched the African Carbon Market Initiative.

Countries need to develop their own strategy if and how they use the voluntary carbon market and/or the regulatory carbon market of Art 6 of the Paris Agreement. Countries can list preferred sectors they seek investments in. They can make deals with countries and project developers how they will share the reductions and revenues. It is up to the host country in what sequence they sell credits: they can start for example to sell carbon projects with an incremental price, and reserve the “low hanging fruit” reduction projects for domestic actions to meet their NDC.

In their carbon market strategy countries can describe:

1. How to use the international voluntary carbon market (VCM) to attract additional private finance for domestic emissions reductions or removals. VCM Projects can generate carbon credits issued by carbon programmes like Verra or Gold Standard. These credits can be used by companies to help meet their voluntary emissions target and to offset their remaining, declining residual emissions. They can also use credits to offset remaining scope-3 supply chain emissions of products like coffee or tea and obtain a climate neutral label. At the same time projects help (indirectly) meet the NDC target of the host country for example by protecting tropical forest (REDD) or increase renewable energy etc.

Reporting by nations vs companies
These VCM carbon credits are NOT transferred out of the host country to the home country of the purchasing company. So in the home country the companies’ residual emissions are still reported. Therefore, these credits do NOT need to be ‘correspondingly adjusted’ as this Art 6.2. rule is meant to avoid double counting amongst countries.
– National reports show the overall performance under Paris Agreement and towards their NDCs
– Companies report emissions, purchased credits and climate neutrality or science-based target claim

See at the bottom of this column for other opinion regarding CA for VCM.

2. How to use the Art 6.2. trade of Internationally Transferred Mitigation Outcomes aka ITMOs.
An #ITMO represents any emissions reduction or removal beyond a countries’ NDC. The source can be:
– any reduction of a country surplus to its NDC;
– carbon credits generated by a carbon credit programme like Verra or Gold Standard;
– carbon credits generated by the Art 6.4 mechanism and not used domestically or
– surplus allowances generated under an ETS system.
The country first has to authorize the company that the ITMO can be transferred to another country and secondly, it has to confirm it will correspondingly adjust the ITMO from its registry after the transfer.

These ITMOs can be used by another country to meet their NDC, by a company under an ETS or an airline to comply with CORSIA. This involves double entry bookkeeping, as one reduction cannot be counted by 2 countries. Parties under the Paris Agreement are now further operationalizing the guidelines (registry, tracking system, object and source of ITMO, verification etc). There are several Art 6.2. purchase deals prepared by e.g. Switzerland, South Korea, Japan and Canada; Sweden, Norway, Singapore, the U.S. and Germany are also interested.

Enable early trading in ITMOs under Art 6.2.
Since the corresponding adjustment happens, only ‘ex post’ and annually or maybe only after an NDC period, the buyer of a reduction under Art 6.2. does not know in advance whether a credit is an ITMO or not. It is crucial for the private sector and investors before they invest in carbon projects or purchase credits that they know where liabilities lie and whether the credits they will hold remain valid. Involvement of international institutions and multilateral development banks may help create incentives and penalties that would encourage enabling activities by host governments.

The selling host country can help build trust that it is not overselling and enable early trading of future ITMOs in the following ways:

Update after the workshop (Oct 6) and the CoP27 (Nov 8)
In the workshop, African nations presented their ambitious carbon market strategies, showing how they want to use the carbon market and what they need in order to build capacity and gain experience, with support including of UNFCCC and Germany. It is good to see they take the lead of their role. Egypt and Maroc, having ample experience wihe the CDM, are making ‘Art 6.2.’ deals with Switzerland, South Korea, Noway and Singapore and set up bods and exchanges. But the countries of Eastern Africa Alliance on Carbon Markets and Climate Finance and the West Africa Climate Alliance have only limited experience with the CDM and VCM and prefer generating credits via the follow up body of CDM, the Art 6.4. Mechanism. That will take several years.

At the Climate Summit in Egypt (CoP27), several African presidents presented the African Carbon Markets Initiative (ACMI). They presented a Roadmap that needs create an high quality ethical African Carbon Credit and to upscale the voluntary market up to 300 Mton CO2 reductions, 30 mln jobs, $120bln revenue in 2030, a price on $20 in 2030 and $80 in 2050.

My advice to the near term and role of VCM
It is still technically and practically hard to subtract bottom-up project credits from top-down national inventories. So it is hard to know for sure IF a host country has indeed surplus credits (beyond what it needs for its own NDC target). It can only then transfer credits, aka ITMOs, to other countries or companies to be used for compliance (for NDC, ETYS, CORSIA). So ratheras hiost country issuing a letter of approval (LoAA), without any certainty for the future, countries can better set a budget for their NDC emissions, set-aside an amount of annual expected future ITMOs, issue those and track progress. Doing so, host countries can gain trust in a ransparent way. In the mean time, they can still use the voluntary carbon market. Hence, it brings finance, helps host country meet their targets without the need the ‘correspondingly adjust’ the national report.

Other views on corresponding adjustment for VCM
Some countries have interpreted that the ‘other international mitigation purposes’, mentioned in CoP26 decision asking for corresponding adjustment (CA) also refers to the VCM. With the International Carbon Reduction & Offset Alliance (ICROA) I do not agree, as the VCM does not imply transfer of credits to another country. I believe that could refers to a future IMO mechanism for example. A corporate target or SBTi is not an ‘international mitigation purpose’. Hence, if you apply CA to these reductions will not show up in any national registry and not help a country meet its NDC and Paris goals.

National developments
So, it is up to the host country to decide on this. That is the general opinion. For example Colombia, Costa Rica, Fiji, Finland, Marshall Islands, Peru and Switzerland have stated they want CA for VCM credits (See San Jose Principles at CoP26). Indonesia does not approve any new VCM credits currently, until it has established its carbon law. Indonesia, Thailand and South Korea want to make use of Art 6.2 and the VCM. They first want to secure meeting their own NDC.

It is not said they will require CA for VCM, as they may need the VCM to help meet their NDCs. Brazil is preparing a law that enables domestic and international carbon credit trading. PNG said they want to authorize any credit that comes out of the country; their view on CA for VCM is not known. India flagged that the regulatory carbon credits it will issue to the Indian industry under a domestic trading mechanisms may not be sold abroad at this point. India confirmed this will not have impact on the existing VCM credits such as issued by Verra and Gold Standard for Indian projects.

Corporates
Some corporates, like Microsoft say they also prefer CA of credits to help meet their net-zero target. As said, it is not necessary, as long a only 1 country reports the reductions. And it will come with extra transaction cost and potentially extra levies. Gold Standard released in Sept 2021 they had secured a Letter of Approval and Assurance (LoAA) of Nepal and Rwanda for project developer Atmosfair that they will not count their biogas projects towards their NDC and they will CA these credits. But it is not a simple task to for a country to deduct reductions of an individual bottom-up project from national, mostly conservative aggregated emission numbers. A lot of work needs to be done to accomplish that.

To close, we must see the VCM as a proxy for future binding commitments by companies. Currently, there are ample initiatives ongoing to standardize and improve the standards and guidance for carbon credits, for making use of offsets, for climate neutral and other claims and on net-zero targets. That helps to make the overall VCM more robust and improves self regulation, but we can expect that over time governments will step in with regulation. Of course can companies than still the carbon market, but a regulatory one.

[1] See Jos Cozijnsen and Jeff Schwartz in “International and EU Emissions Trading under The Paris Agreement”, published by Fores/Elf, November 2018