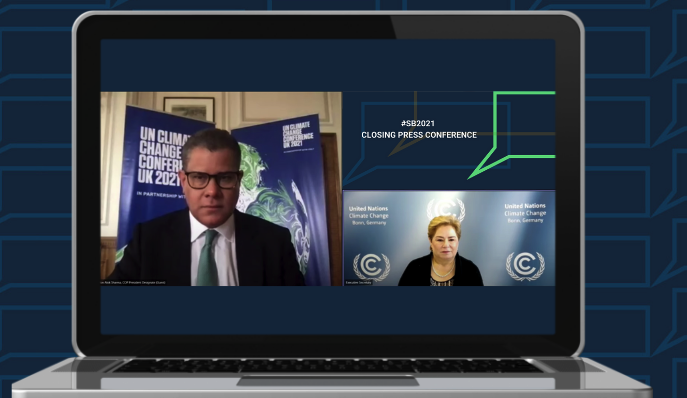 During the on-line climate meeting the previous 2,5 weeks there was progress, the UNFCCC Executive Secretary said during the press briefing. However, that does not seem the case on the issue of guidance on the use of carbon markets to help increase ambition in the implementation of the Paris Agreement. “Talks on carbon markets and transparency reached stalemate” writes Climate Home News. “The mindset of engagement will need to change if progress on difficult issues is to be achieved this year at Cop26,” said Tosi Mpanu Mpanu, chair of the subsidiary body on science and technology, in the closing plenary on Thursday.

Therefore, to help countries to come to a deal on the Climate Summit in Glasgow – CoP26 – in November, the British Presidency will gather 40 ministers July 23rd in London to discuss carbon market issues. These talks will be led by the ministers of Singapore and Norway, two countries that themselves also want to make use of the carbon market.

I doubt this will help ultimately countries to give clear guidance they seek. Climate talks are politically sensitive, as many interests play a role. Moreover, arguments that seem to block progress may have not much to do with a well functioning global carbon market itself. Again, the UN seems not the central place to organize a robust carbon market. Neither were countries able in the past to repair flaws of the Kyoto Protocol’s Clean Development Mechanism (CDM) and prevent the use of old CDM credits. Also, the CDM itself did not boost carbon trading; the global carbon market only flourished when the EU decided to link the EU ETS, for a limited portion, to the CDM.

Carbon market issues that need to be solved include (see also the informal note after the session):

An agreement on these issues is held up in my view through the following positions some nations take:

Countries can already make use of transferred mitigation outcomes under Art 6.2. as long as they are transparent and apply double entry bookkeeping

More is expected outside the UN regime from a carbon club of countries that cooperate in making use of carbon markets to help meet CO2 targets or link their emissions trading systems. The EU Commission and US and Germany have indicated their interest in working with carbon clubs.

Also, the independent voluntary carbon market (VCM) can in the meantime help meet nations meet domestic CO2 targets: for example investing in a cook stoves project in Tanzania can help Tanzania meet its NDC target. By purchasing voluntary carbon credits, companies can compensate the impact of their remaining residual greenhouse gas emissions, in addition to reducing its own avoidable reductions. See ICROAs paper on the role of the VCM and why corresponding adjustment is not needed for VCM.